(RNS) — For years, spiritual practices such as yoga and meditation have been criticized as therapeutic self-help regimens that draw people inward and away from any kind of social, civic or political action.

But two new academic studies are challenging that view. The studies analyze data from a 2020 survey of 3,609 adults conducted by the National Opinion Research Center on behalf of the Fetzer Institute. They found that people who do yoga, meditation or other spiritual practices are as likely as religious people to be civic-minded and politically engaged.

The studies, published in the Journal for the Scientific Study of Religion and the American Sociological Review, suggest spiritual practices may prompt people to connect socially in the same way as people who attend churches, synagogues and mosques.

“Spirituality is an unacknowledged resource for civic life.,” said Brian Steensland, a sociology professor at Indiana University-Purdue University Indianapolis and the lead author of the JSSR article.

When compared with people who engage in neither spiritual nor religious practices, the results were startling: The ASR study found that people who were committed to regular religious or spiritual practices were 33% more likely to participate in some form of political activity compared with people who said they do neither. (Examples of political engagement included attending a meeting to talk about political concerns; calling, writing or visiting public officials; giving money to political candidates; joining a protest march; and signing a petition.)

Over the past half-century, church attendance and membership have fallen. The median U.S. church has 65 or fewer people in attendance on any given weekend, a drop from 137 people in 2000. Churches and denominations are trying to figure out what to do with empty buildings. Even belief in God appears to be dropping.

As religious practice continues to decline across the U.S., many scholars are turning their attention to people who say they are spiritual or who engage in spiritual practices such as yoga, meditation, fasting and communing with nature. 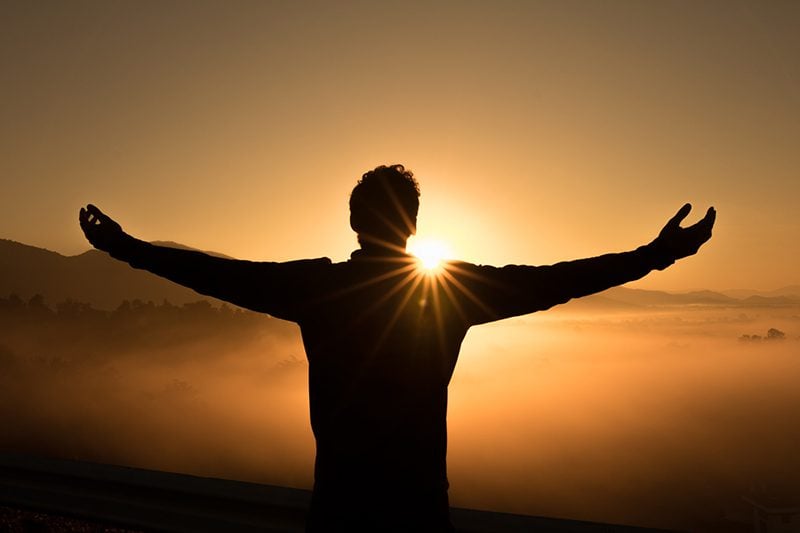 The question for scholars is whether those spiritual activities, which are often done individually, can also influence prosocial behavior such as helping a neighbor, protesting injustice or casting a ballot.

These studies suggest they do.

“Criticism of spirituality as inherently selfish may be overblown,” wrote Jaime Kucinskas, a sociologist at Hamilton College, and Evan Stewart, a sociologist at the University of Massachusetts, Boston, in the ASR study. “Such criticisms have failed to examine how spirituality has an elective affinity with political behavior off the mat, in people’s everyday lives.”

The 18% who scored high on spiritual practices tended to be political liberals who identify as Democrats. They stood out in other ways, too. Among them were a high percentage of people of color, gays, lesbians or bisexual people. Many were divorced, never married or cohabiting.

Stewart, the co-author of the ASR study, said the conclusions were encouraging for American civic life, which has historically relied on religious organizations to mobilize people. He suggested organizations such as yoga studios or meditation centers may also be places that inspire civic and political action.

“People might be changing the activities they do, but they’re still involved in community. It does not necessarily mark the decline of community. They’re leaving one activity and moving into another.”

Ahead of the Trend is a collaborative effort between Religion News Service and the Association of Religion Data Archives made possible through the support of the John Templeton Foundation. See other Ahead of the Trend articles here.