A Saint-Soldier Defending Sikhs and Reviving the American Melting Pot

(RNS) — The Sikh Coalition was born in the hours after 9/11, out of self-defense. In those raw days after the attacks, Balbir Singh Sodhi was shot outside the gas station his family ran in Mesa, Arizona. In the months following, American Sikhs were beaten and their temples, called gurdwaras, were set on fire. Less than a year after Singh Sodhi’s murder, his brother was shot while driving his cab near San Francisco.

In those early days, and as violence against Sikhs has continued — the latest wave of anti-Sikh harassment hit Queens, New York, earlier this year — coalition members were unwilling to deflect threats and blame onto Muslims, whom bigoted attackers were confusing with Sikhs. Instead, as the hate crimes posed a uniquely painful problem, Sikhs regarded their persecution not as an opportunity for pointing fingers, but for radical empathy.

Sikhism — Sikhi, in the usage of its practitioners — is a tradition based in service to others. Where there are approximately 500,000 Sikhs in the United States today, the advocacy and organizing of the Sikh Coalition may reach millions.

The Sikh tradition emerged in Punjab, India, in the 15th century as a countercultural movement that pushed back against caste and group stratifications, focusing instead on the equal presence of God in all people. Its 25 million adherents worldwide are called to service to others, meditation and study and are recognizable by their unshorn hair, which the men wrap in turbans, and by keeping with them their tangible articles of faith: a blade, a small comb, steel bracelets and shorts.

But the tradition advances a deeply American approach to fighting injustice. It is a way of living out civic virtues while also affirming the worth — the presence of divine love — in all people. It cultivates its own leaders in the spirit of the “saint-soldier.” Inward spiritual cultivation and the study of sacred texts provide the inspiration for selfless service, including of those who are not part of the community.

Rucha Kaur, community development director of the Sikh Coalition, is an example of this kind of lay religious leadership. Kaur became a Sikh after marrying her husband, who was raised in the faith, and joined the Sikh Coalition in 2018. She has watched as the coalition has risen from the grassroots — in Kaur’s words, a “wave of folks that want to improve (Sikhs’) place in American society” and to “raise awareness about their faith and their practice” — to now “building community power” and inclusiveness for other communities. 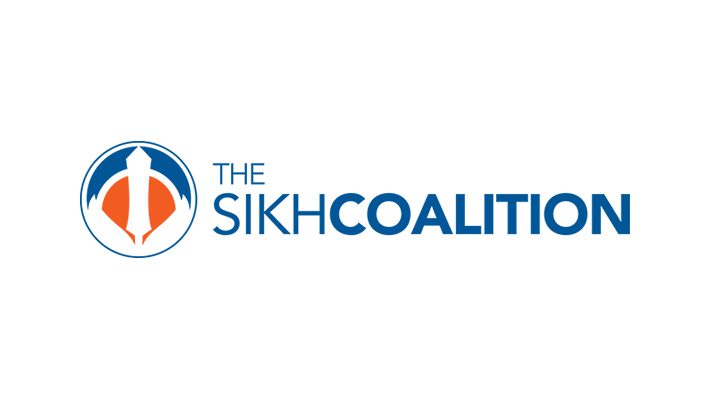 The Sikh Coalition, she said, has become a “partner that many are looking for right now, so that they are able to fully participate in American society as who they are … as their complete selves.”

The base for the Sikh Coalition is still the nearly 300 gurdwaras, as Sikh houses of worship are called, that Kaur and her team work closely with. The first gurdwara in the United States was built in 1912 in Stockton, California, she said, and “even back then, it served as a space for folks to come together for meals, for discussing job opportunities (and for bringing together) in the South Asian Community.”

Gurdwaras also come together for “langar,” a free vegetarian communal meal prepared by volunteers and open to anyone, putting into practice Sikh values of equality and service.

These meals also give rise to deep relationships and give community members a chance to discuss needs. Rather than the one-to-one meetings typical of secular community organizing, these recurrent meals are collaborative by nature and lead directly to action in the public sphere.

With langar meals at its heart, the Sikh Coalition sees itself as a “clearinghouse of tools for leaders and communities,” Kaur said, so that local leaders can share best practices and feel like part of a broader movement.

Convening people from outside the Sikh community leads to a unique melding of religious and American identities. While this means keeping their eyes on the “fulfillment of universal human needs in American law and society,” it also means interpreting how Sikhs can be fully themselves as Americans.

This project naturally focuses on young people. “Sikh children face a lot of questions about their identity, from a very young age, and face a very high rate of bullying, so we just want to make sure that they are able to explain their articles of faith and their practice, and we aim to provide them the tools and resources that they need to be able articulate their faith and their practice.”

The Sikh Coalition launched a Junior Sikh Coalition for young adults to “come together and talk about their faith, talk about their values but also discuss what it means to be Sikh in this world today, and how to practice their Sikhi in the larger society, as well as how to navigate those complexities of their identity, in a world that is rapidly evolving.”

Knowing themselves and grounding them in service allows them in turn to turn outward to face the world and encounter it with resolve, as saint-soldiers.